Use our online resource kit to find ways to celebrate, teach, and more!

Every year on December 10th the world celebrates Human Rights Day – the day on which the United Nations General Assembly adopted, in 1948, the Universal Declaration of Human Rights (UDHR).

A milestone document in the global history of human rights, the UDHR is infused with values and ideals drawn from the world over. Drafted by UN representatives from diverse cultural and technical backgrounds, the Declaration was proclaimed by the United Nations General Assembly in Paris on 10 December 1948 as a common standard of achievements for all peoples and all nations. The UDHR – the most translated document in the world, available in more than 500 languages — is as relevant today as it was on the day that it was proclaimed.

Celebrate the gift of the UDHR in your classroom and re-affirm the enduring human rights principles and standards that it helped establish. Below are some great resources to get you started! 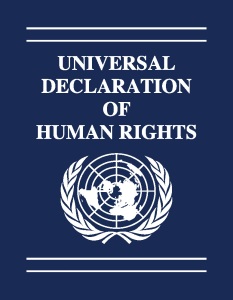 Get passport-sized UDHRs
for your classroom or event 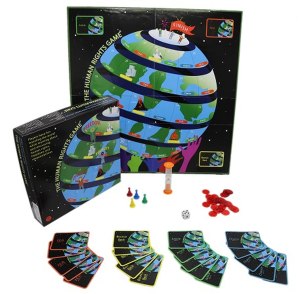 We are grateful for the generous support of our members, individual donors, and The Puffin Foundation Ltd
Loading Comments...